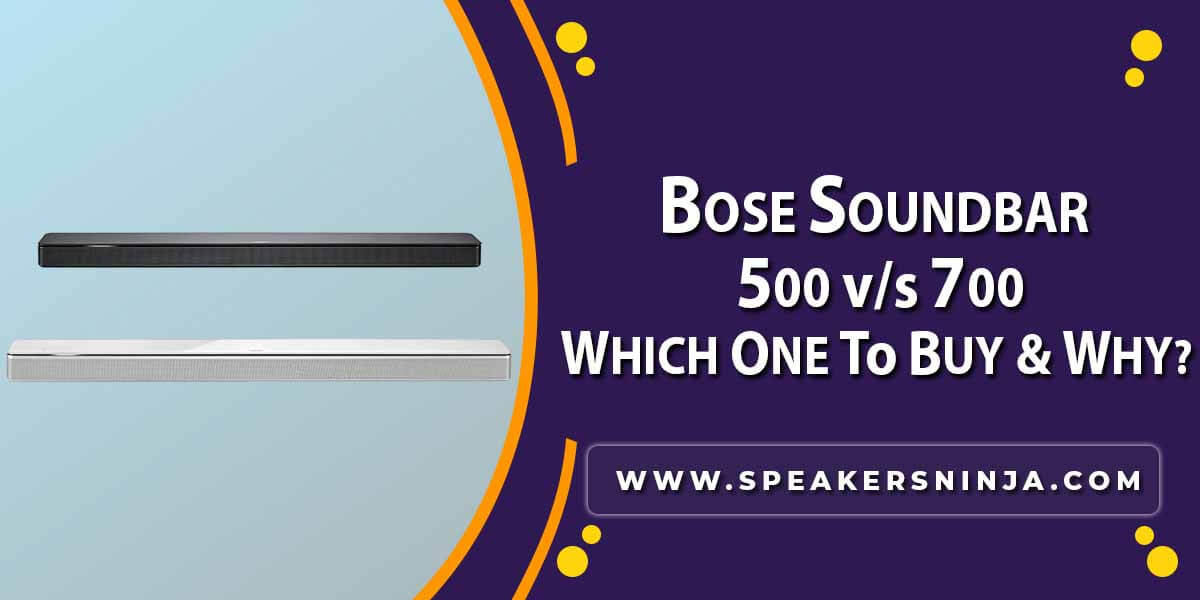 The use of speakers is an emerging need that is enhancing day by day whether you are using a mobile or laptop or running a studio system where you need crispy sound output. The usage list is enormously long and regardless of the best-selling hot items, picking the right speaker that best fits with your personal needs is pretty necessary to save both money and time.

Nowadays, when the market is already flooded with mobile speakers launched by different compatible brands, finding the one that pays off the price is a challenging task.

Considering their exclusive features and qualities, one of the popular and reliable speaker manufacturers is Bose Soundbar that blends quality with the latest looks and many surprising features.

Before proceeding with a detailed comparison, here are some basic details;

Bose Soundbar 500 is comparatively cheaper, or we should say a more cost-effective sound system that features amazing voice assistant support to provide better reliability. Also, it comes with multiple connectivity options that make it a fine choice for the price.

The design of this soundbar features a relatively smaller frame that results in a little less crispy but still quality sound output. The good thing is, at the expense of some bucks, you can use an additional woofer to enhance its sound quality if needed as this totally depends upon need.

Other than this, the only lagging point is the unavailability of DTS support. 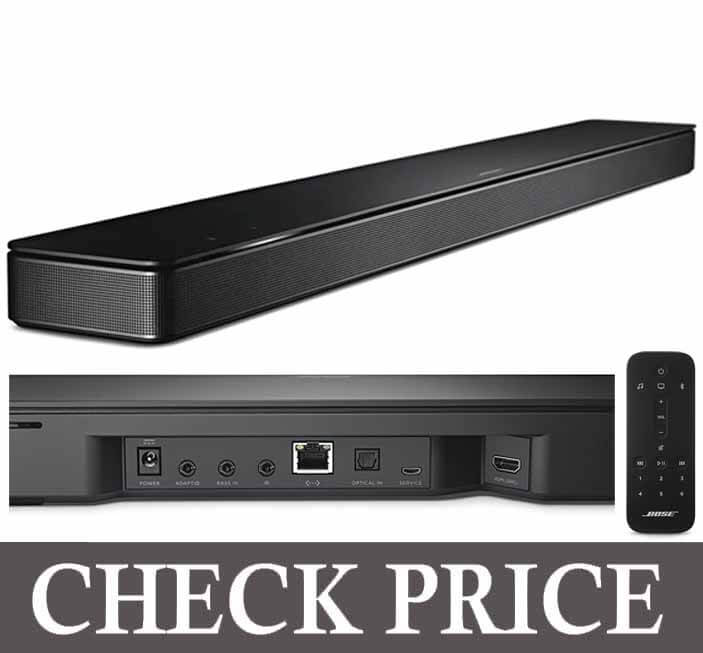 Both the 500 and 700 look similar and just by looking, it’s hard to distinguish between both. The 500 is known for its less price and almost the same features whereas the Bose Soundbar 700 is known for its crispiest sound quality and appealing shinier look.

The Soundbar 700 doesn’t demand any extra expense of speakers of subwoofers and hence makes an efficient design for the price. 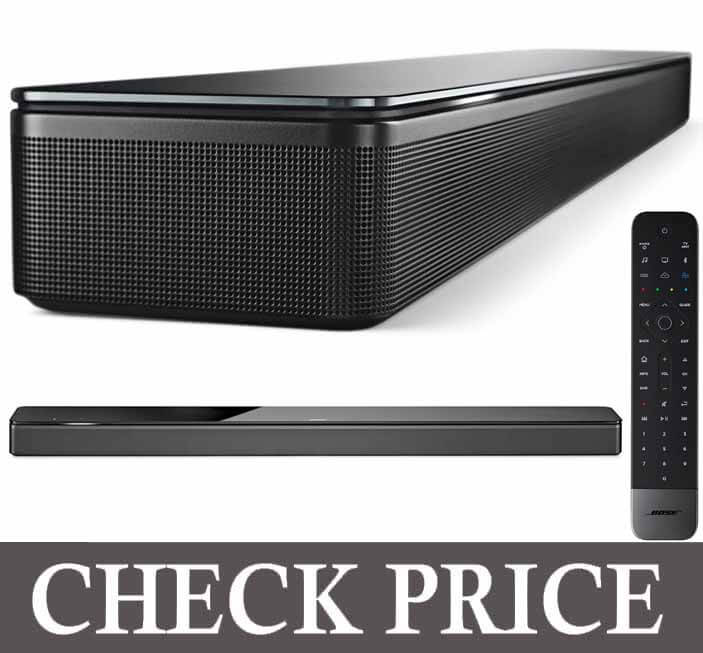 Although the prices differ significantly, both of the models are top-rated and feature almost alike functionalities. They both feature the same audio channels, voice assistance, and connectivity.

Not only the beneficial features, have they both lagged in some properties and share common weaknesses, too. So, overall, it’s easy to predict that both of them are approximately identical and share the same set of properties.

If so, what are the features that give rise to the significant price difference? And also, why one of them is superior to others? We’ll explain thoroughly, the following detailed comparison is a detailed guide for enthusiast buyers so they can decide one knowingly.

Most of the soundbar by Bose including the 500 and the 700 comes with cutting-edge features that assure reliability along with affordability.

Voice Assistance: Both the 500 and 700 feature the same quality voice assistance and provide extra convenience with built-in voice command for Alexa, Google Assistant, and Apple AirPlay. The voice assistance in both appliances is remarkable, quick, and reliable.

External Connectivity: Both 500 and 700 feature exclusive external connectivity to go with today’s fast-paced life. They can connect via Wi-Fi, Ethernet, Bluetooth, HDMI, and ARC or eARC. Both of the units feature remarkable uninterrupted connectivity that assures smooth working.

Another smart feature of both 500 and 700 Soundbar is, they feature Adaptiq Mics that sense and calibrate the room size to adjust the voice quality accordingly.

Music Streaming: As mentioned earlier, they both can connect through Wi-Fi and AirPlay. Via any connection, both can play Pandora, iHeartRadio, Spotify, TuneIn, SiriusXM, Amazon Music, and much more without any discrimination.

Adding on, you can also add SimpleSync by Bose and Bluetooth to stream music right to your headphones or earplugs from any source either it’s Television or an audio device.

Common Specs & Features: Arguably, both the Soundbar 500 and 700 share a common set of specs that ensure great functionality. Both these speakers come equipped with simple yet reliable 3.0 layouts that don’t demand any external connectivity to subwoofers or speakers.

Other than this, both these devices come equipped with a built-in “QuietPort” for the bass that assures the delivery of cleaner and less-distorting bass. It keeps the sound quality in a rhythmic plane that doesn’t irritate the listener.

Adding Extra Speakers: Bose has maintained its uniqueness and originality. Although it says it’s not needed, still, if you want to connect extra speakers or subwoofers to enhance the voice quality, you may have to face extra expense.

On the other hand, the larger Bose Soundbar 700 measures about 2.25 x 38.5 x 4.25 inches weighing merely 10.5 pounds. Although both vary in size both of them are compatible to sit in front of the TV.

As a soundbar should be as compact as possible but without any compromised sound quality, for the size, the Bose Soundbar 500 wins as it’s comparatively compact and can fit any space on any nook. The 500 can even fit in an entertainment center shelf without any effort and thus makes the right choice if the size is a major concern for you.

Sound Quality: Although not majorly or exclusively, but 500 and 700 do differ in sound quality. There’s no doubt that the Bose Soundbar 700 features richer, crispiest, and louder audio quality.

They do differ in the sound quality but none of them excels in the bass and thus, you would need to connect them with an extra-purchased woofer if you love listening to high bass music.

Visual Statement: The 700 costs more and that’s for the added grace and beauty. The 700 can feature an appealing visual statement and looks ravishing. For the looks and design, the 700 is a clear winner as it comes with an arctic white or black color having a shinier glass top.

Conversely, the 500 comes in single black color and features a plain simple surface with a matte top. The design is simple yet it looks elegant.

Every picture has a two-sided story. Although the 700 looks quite ravishing right out of the box and the glass top tends to adhere more dust, grime, and fingerprints which means it requires extra care and cleaning. And that cleaning can also add extra bucks to the expenses as you may have to buy a non-damaging cleaning solution.

Contrarily, the 500 features a design that comes with 5 drivers, and two of them are side-facing whereas three of them are front-facing.

Maybe, while designing, it was expected that the two side drivers will promote sound quality in the 500 but it actually compromised the quality. Also, the 500 doesn’t feature the PhaseGuide transducers.

Furthermore, although both of these designs support Dolby Digital Sound only the 700 supports DTS.

Remote: Maybe, for some, the design and features of the remote don’t matter much when you can control it with voice assistance but trust us, the latest remote does make a difference. In this category, the 700 wins again as it features a Bluetooth-enabled, kind of “Universal Remote” equipped with some of the neatest features in the town. (Luxury comes with Expensive Items). You can easily switch from one playlist to another and also light-up buttons according to your need and mood.

On the other hand, the 500 comes with a satisfactory basic IR remote that covers the needs pretty much gracefully. The good thing is, that universal remote is also compatible with the 500 but surely at the expense of some extra bucks.

In the end, the choice is always yours but there are always some factors that prioritize one above the other. As explained, both 500 and 700 looks almost similar, share the same set of features, work efficiently, and feature the same audio channels.

Adding on, both of the designs feature some level of connectivity and almost similar design. They also feature kind of identical support for other Apps and file formats. Both of the models feature nice sensors that map out the room with their Adaptiq technology for adjusting the sound quality.

Conclusively, you can say that there isn’t much difference and the 700 features a bit more polished qualities.

Undoubtedly, both the 700 and the 500 are exclusive Soundbars, and both rate high in the market. Considering all the features, qualities, and properties, it’s rather easy to state that the Bose Soundbar 700 is exclusively superior then the Bose Soundbar 500 when it comes to class, looks, driver’s adjustment, sound quality, PhaseGuide support, and elite delicacy.

On the other hand, the 500 does have a strong forward-facing sound that makes it the best choice as the mid-range soundbar system. It features a simple-to-use design that doesn’t tangle unnecessary complexities, yet at a low price.

The article suffices the entire positive and negative or downside aspects of the Bose Soundbar 500 and the Bose Soundbar 700. Up until now, you may have a clear idea that both these soundbars deserve to be a part of your home or studio and none of them clearly lags in quality performance.

On a more specific note, if you are a DTS audio format lover, or you love to have a beautiful white soundbar, the Bose Soundbar 700 is the very right choice for you.

Conversely, if you want a perfectly solid and durable soundbar that doesn’t costs much but also doesn’t compromise on the quality and efficiency, the Bose Soundbar 500 is the right choice.

When you want all the quality features but doesn’t feel the need to endure luxurious properties, the Bose Soundbar 500 is exclusively great.

As all the aspects are mentioned in-depth, in the end, we hope it would be easier and clearer for you to decide on one of those smarties. Good Luck!

Hi, I'm Mario Mathews, I'm a music lover and an audio enthusiast who loves everything about audio gears and music. I enjoy serving people to get the powerful sounding device, in this way save the universe from awful sound one client at a time.